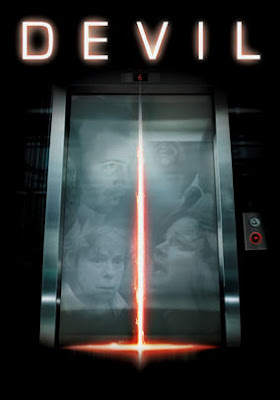 Summary:
Five strangers' day begins with an elevator ride in a Philadelphia office tower. The elevator gets stuck, and the trapped passengers, who expected to be together just a few minutes, now face the revelation of their secrets and transgressions. Frightening events turn annoyance into terror, as they begin to realize that one of them is the devil. 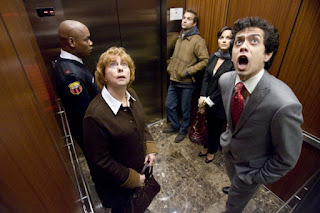 Review:
I was more hopeful about this I have to admit. I thought the idea of the whole film taking place in one elevator sounded like a fairly cool premise. Even if the whole devil idea was a bit eccentric. A small cramped space made for a decent horror film – to my way of thinking prior to viewing.

Unfortunately, the whole film did not necessarily remain completely set in the elevator. It dipped in and out from the security room to the elevator, to city landscapes to flashbacks and backstories. Personally, I think this depleted the claustrophic feel this film could have so easily had, which would have added to the potential terror. However, now lacking that, it became just another drama or mystery film, a thriller at best. But not the horror film it could have been.

That being said, the film had its twists and turns and big revelations (it is a story by M Night Shyamalan of course!) and it had its scares, even if they were brief. It certainly keeps you guessing right to the near end. Suspense is built fairly well. 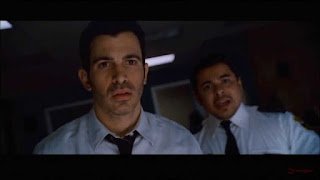 The story is not all bad. I did feel like it was being fed to us a bit too much. Audiences aren’t that stupid and well capable of putting two and two together and not getting five. I just felt like this was trying to force us down a straight line when it’s often more successful to lead us down a winding line.

Not the best. Not the worst. Somewhere in between. Certainly nothing to get excited about.