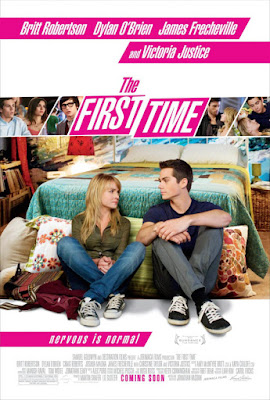 Summary:
A spark of attraction smolders, then ignites, between two teens (Dylan O'Brien, Britt Robertson) from different high schools who meet by chance at a party.

Review:
I was surprised by how much I got into this film. I really enjoyed it. It was a bit one-track-minded. It revolved around these two characters and their will-they-won’t-they have sex. Then (not really a spoiler) they do and it continues to still be mostly revolved around the fact that they then had done it. But what I liked about the film was how similar it was to Richard Linklator’s Before Trilogy in that a lot of the film revolved around their conversations and them talking. The whole story came out of that in the same way as in the Before Trilogy. It was almost a mix of those films combined with something like Say Anything, or Pretty In Pink. 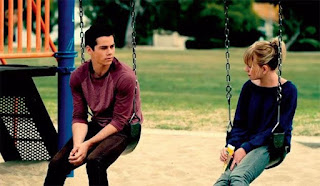 I also liked how down to earth the film was. It didn’t glorify sex like most films seem to do. It wasn’t explicit about it, but it showed the more awkward side of it and less enjoyable side of it which was oddly refreshing in a way. The characters approached it all with a relatable and realistic perspective I think. They didn’t blow it up.

Britt Robertson is good in these kinds of roles, she’s very down to earth when she plays them and makes it look natural and easy. I never saw Dylan O’Brien in anything before, but he was also good in his role. He reminded me a lot of Logan Lerman, namely his performance in The Perks of Being A Wallflower. 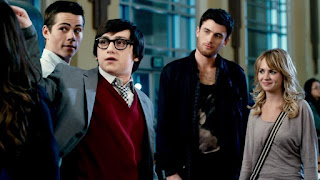 The film had its amusing moments as well. I did find myself laughing at times.

I enjoyed this. I don’t know it desires a specific kind of audience or not. I don’t think it’s for everyone but I felt it was a worth while movie.